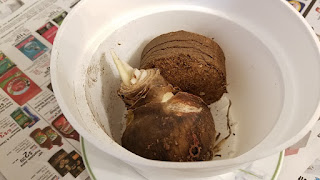 I received an amaryllis as a Christmas gift. I've always wanted one, simply never got around to buying it. I have a plant-free house (all the plants are on the hundred acres around me), except sometimes with bouquets arranged from wildflowers or especially lilacs in spring, but not by design. So I intend to plant this amaryllis bulb and watch it magically grow and bloom. What color will it be? Don't know. Or rather, it'll be the perfect color. Plants are simply magical.
Posted by Divinebunbun at 7:34 AM No comments: 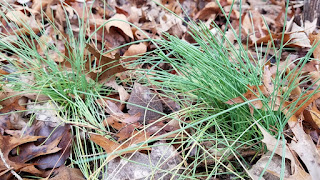 Nobody likes carrots for Christmas. Nonetheless we have them in the fridge anyway. Often one or two bags of peeled baby carrots. Given all the other holiday treats, raw carrots take last place. Yes, we had good intentions, but still have carrots nobody is eating. What to do?

But a bowlful isn't quite appetizing enough because it's carrots after all, so maybe a dollop of plain yogurt goes on top. Not inspired to eat it yet.

Then I remember, during gray winter days, the one surefire greenery in the woods (often in the border of the woods): chives. You'd never see them in a Wisconsin winter, but they grow freely in beautiful green clumps in Missouri. Scissor the tops as if giving a haircut, and more will grow. Free chives, an endless supply! Maybe there are some near you!

Cut them up, sprinkle them over the soup. Now you have carrot soup fit for the holidays.
Posted by Divinebunbun at 7:28 AM No comments:

I Love the DMV 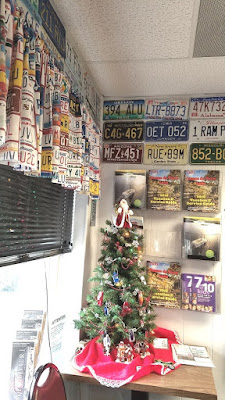 Going to the driver's license office is fun. Admittedly it's only every two years for car registration, and one extra time at five-year intervals to tell the state my height and weight and whether they may remove my entrails if I die (but of course!). Sometimes the employees try to make this task a little lighter, especially the picture taking. It's changed a lot.

"I look like a killer," I told the lady at the license office who'd just taken and printed a digital photo of my face that looked more stunningly like a mug shot than any I'd seen.

"Everyone says that," she said. "The state orders the same camera for every state office. So this one's the same as the police."

Ohio's DMV in the 1970s had special room with a big ol' camera on a tripod and a specialist who used it all day on bland and vacant faces, the special Ohio breed. Attached to this camera was a thin flexible stick he swung around, and from its end dangled a toy bird on a spring. "Watch the birdie," he said, and like everybody else I laughed and he clicked.

The DMV in Boston was known to be worse than death, with long lines and iron-faced clerks. "We can't use this," the clerk said about my photostat birth certificate, white print on black. "It's the only one I have," I said, and by the grace of God it got by and I cut that license up over a trash can when I got my first Missouri license.

I loved seeing the Pacific license office with license plates nailed to its walls, cafe-curtains printed with license plates (where'd they get the fabric?) and a cheerful Christmas tree. I only worry now about my one official 2016 State-of-Missouri face they'll show on TV if I ever get in trouble.

Demetrius and I used to watch the local TV news and when a scary mugshot appeared onscreen we'd both yell "Guilty!"
Posted by Divinebunbun at 9:07 PM No comments:

As of January 1, Missouri allows anyone to carry concealed firearms without a permit--within the state. But to enjoy concealed-carry rights in other states that have reciprocal agreements with our great state of Missouri, you still must have a Missouri concealed-carry permit. I just renewed mine ($100).

States that won't honor Missouri permits still include Illinois, darn it, the only state where I want to carry. For an Illinois permit a Missourian must prove 16 hours of firearms training and pay $300 because Illinois is such a trainwreck. Wisconsin is now reciprocal for Missouri permits issued after August 2013, but I'll have to drive there through Iowa, I guess.

States that do not honor the Missouri permits: WA, OR, CA, NV, MN, IL, NY, MA, RI, DE, NJ, MD, HI. All other states, okay. This post was inspired by the saying I saw on a truck: "An armed society is a polite society." That's true only if everyone is trained. I'd prefer permits only for those age 21 and older who graduated from high school with a 3.5 GPA.

Posted by Divinebunbun at 1:00 AM No comments: 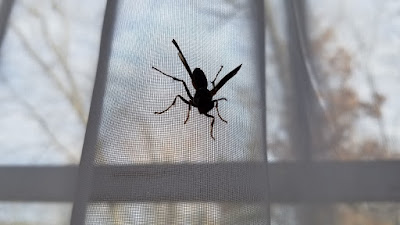 For two days I couldn't approach this window to insulate it because this wasp woke up indoors, late in the season, and dive-bombed and whizzed, seeing the out-of-doors but unable to get there. I'd experienced this before, and waited.

The next day the wasp buzzed intermittently, petitioning the window by bumping the glass and then crawling forlornly around its edges. Still I waited.

On the fourth day it clung silently on the curtain next to the light it couldn't get to. I passed by several times, and it was motionless, probably dehydrated or weak, because when I came closer it didn't stir or attack.

Now I made my move. Swiftly I brushed the wasp from the curtain into a plastic container, snapped the lid over it, took it outside, let the wasp go. By now, though, it had exhausted most of its energy and the weather was cold for wasps and I began to wonder if I'd done the right thing.
Posted by Divinebunbun at 9:09 PM No comments:

Step Up to the Plate 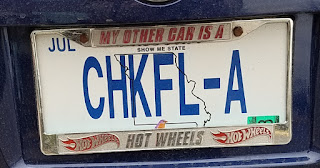 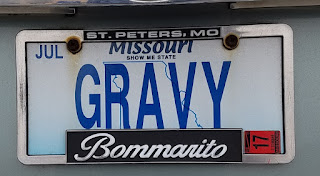 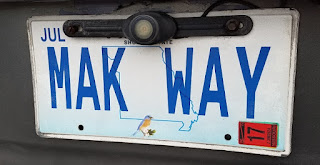 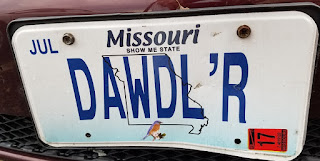 Posted by Divinebunbun at 8:51 PM No comments: